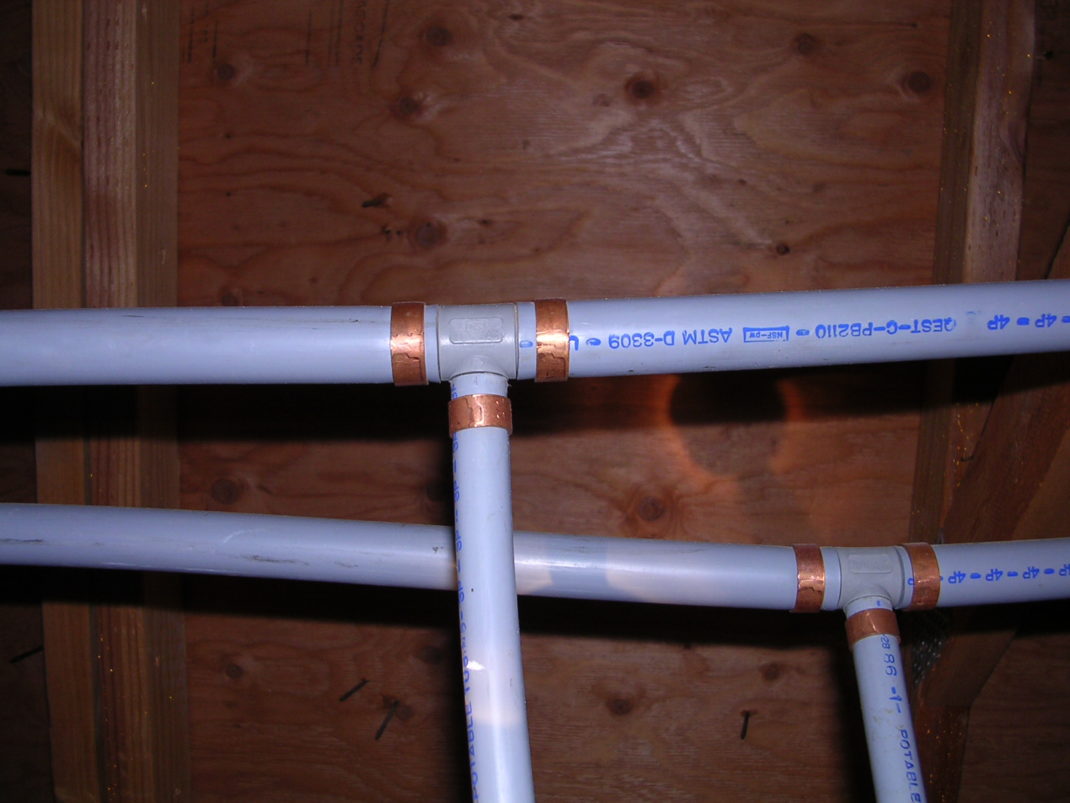 Polybutylene Plumbing
What it is and how to identify it when shopping for a home.

Polybutylene is a form of plastic that was manufactured extensively between 1978 and mid-1995 for use as piping in home plumbing systems. Due to the low cost of the material and ease of installation, polybutylene piping systems were viewed as “the pipe of the future” and were used as a substitute for traditional copper piping. It was inexpensive and offered plenty of advantages over other materials, such as flexibility, ease of installation, and resistance to freezing. Pipes made from polybutylene were installed in up to 10 million homes in the Unites States during that period.

Despite its strengths, production ceased after scores of allegations surfaced claiming that polybutylene pipes were rupturing and causing property damage. In the homes that still contain this material, homeowners often choose to either pay to have the pipes replaced or risk a potentially expensive plumbing failure. Although no regulations require the replacement of polybutylene piping with other material, many plumbers recommend doing this, at a cost of several thousand dollars. Leaking can happen without warning and can result in flooding and serious damage to a home’s interior if it is not immediately stopped. Polybutylene pipes installed behind sheetrock can leak unnoticed for long periods of time and cause mold and water damage.

Polybutylene plumbing is usually stamped with the code “PB2110”. It is flexible and sometimes curved, unlike rigid piping materials such as copper. It is not used for waste, drain or vent piping. Most commonly, it is grey in color and uses copper fittings. Although rare, it can also be white, silver, or black. or blue.